The Woods Through The Trees 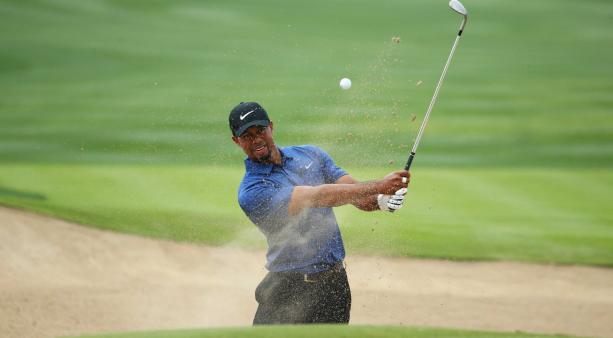 I trust everyone is taking time to enjoy the sun we’ve had of late? This latest blog has been prompted by a sports star and recent news over his latest surgery. According to the news, Tiger Woods has just undergone a 4th surgical procedure on his lower back, so I wanted to take some time to reflect on lower back pain and what the current research says, as well as thinking about how and why it seems to have affected Mr Woods to such extremes.

I will start by saying that, obviously, we don’t have all of the medical facts regarding his injuries, to the high level of detail we would (hopefully) have for a patient, and therefore there must be some speculation based on what has been reported in the media. That said, there are some reports that can be viewed as intriguing and possibly quite telling.

Tiger’s (yes, I am on first name basis) initial problems with his lower back appear to have begun in March 2014, when he withdrew from competition while playing the 13th hole in the final round of the Honda Classic, citing ‘lower back spasms’. The following month he announced he would miss the US Masters for the first time in his professional career, and also that he had recently undergone surgery for a ‘pinched nerve’ in his back. My initial thoughts about this are, that it seems to have escalated very quickly, to go from a ‘back spasm’ to surgery in a matter of weeks but, let’s take some time to unpick some of the research around this, and to go from there.

To diagnose his ‘pinched nerve’, Tiger probably had an MRI scan – ‘a very common diagnostic tool’ I imagine you are thinking; but what do we know about the usefulness of MRI examination for back pain? First of all, MRI scans are useful as a triage tool to identify any potential malignancies, spinal cord compression or fractures. Luckily, these findings are rare, only presenting in around 1-2% of the population; which means that, in 98% of lower back pain cases, there really isn’t actually a clinical indication or much need for a scan.

An MRI scan is also good at picking up every little abnormality or anatomical difference that might be present. Mike Stewart (on the ‘Physio Matters Podcast & recent webinar with David Pope) uses the analogy of sending your car to the Ferrari F1 team’s garage: no matter how well your car is running, they will find something wrong with it. That doesn’t mean that your car doesn’t run efficiently though, does it? It does seem odd, and maybe a little bit counterintuitive, but the truth is that the majority of people who aren’t in pain will also have these “abnormal” findings – surely that makes them “normal” then? It might shock you to learn that many people without any back pain have disc bulges, disc degeneration, even disc prolapses! The fact is that findings on an MRI scan are actually poorly correlated with pain.

This kind of thinking has been dubbed the ‘biomedical’ view point; the view that, if there is damage to something, there must be equal pain but, what we now know from a large (and growing) body of research is that, this isn’t necessarily the case. Strange isn’t it!

So, if it isn’t only tissue damage or “abnormalities” to your bones or joints causing the pain, then what else contributes? Is there something else that might be driving Tiger’s lower back pain, other than his ‘pinched nerve’? This is where a newer model of thinking comes in to play, a view which has been widely adopted in the physiotherapy world. It is known as the ‘Biopsychosocial’ model of thinking.

This is where we look at an individual’s symptoms from 3 different perspectives. The ‘Bio-‘ part refers to the tissue damage and potential abnormalities we have discussed. It’s not that they aren’t an issue at all, they can still be an important component of managing someone’s injury, just not the whole story. So, let’s have a look at Tiger again; after his 4th surgery and ‘correction’ of these ‘Bio’ issues, it seems less and less likely that these are the main drivers of his discomfort – after all, they’ve been fixed with surgery – so, what about the ‘Psych-’ and ‘-Social’ aspects of this model?

The ‘Psych-’ part refers to a person’s personality, mood or behaviour, and is also about a person’s health beliefs, particularly his or her beliefs about the injury. In some of his public statements, Tiger has also eluded to some beliefs that fit with a flawed ‘biomedical’ way of thinking. Tiger once said ”My sacrum was out of place and the physio had to put it back”. We know that the human sacrum is an inherently strong structure, and doesn’t ‘come out of place’, and that propagating this type of belief is most likely to drive fear, stress and anxiety in patients. Imagine being one of the world’s leading golfers and believing that a part of your back ‘was out of place’? Not only is this simply not true, it’s also an incredibly unhelpful idea.

Although there is an important role for manual therapy in treatment for backs, it only ever offers a short term relief of pain and, in the context of managing long term back pain, is limited in its usefulness. It certainly isn’t the answer to resolving someone’s pain permanently.

I like to use the analogy of helping someone over a wall; manual therapy can act as a boost, allowing the individual to get his (or her) hands on the top of the wall, but it’s still down to the individual to pull himself up and over. We, as physio’s, are there to act as a motivator and a facilitator to help someone ‘climb over the wall’ (figuratively speaking), offering our patients different tools for them to help themselves along the way. If the effort isn’t there from our patients, and they expect to be ‘thrown’ over the wall to the other side, they will often fall short.

Another unhelpful belief Tiger has expressed publicly is that he ‘needs to improve his core to improve his back pain’. This, again, is something that has been promoted over the years by physio’s themselves, and which is still being told to patients on a daily basis; however, recent studies (Giesser et al 2004, O’Sullivan et al 2009 and Gubler et al 2010) suggest that those with back pain actually already contract their ‘core’ more than those without back pain and, not only do they already contract them more, but they actually do so earlier in certain movements. With this in mind, just learning to contract the core more and not learning to relax in that area, in some circumstances, might be unhelpful.

Additionally, Tiger is likely to have some external stressors that not many of us face – little things like everyone’s expectations (including his own) of being the best golfer in the world. This is certain to add additional stress and internal anxiety, which we know can have a significant negative effect on pain.

The ‘-Social’ aspect of the model refers to our families and friends, and our socioeconomic status and cultural standing. It’s not my place here to go into Mr Woods family history, as it has already been widely reported, but this has to be another aspect to consider when trying to manage his back pain. Our place in society and our relationships are vitally important to good health, and conversely can have an important opposite effect on pain, if these things aren’t as good as they could be.

So, just to wrap things up, it seems that, from the outside looking in and using Tiger’s public quotes and injury history as a guide, there seems to have been a decidedly ‘biomedical’ approach to ‘fixing’ Tiger’s pain and, although I am certainly not professing to know ‘the’ answer, the point is no-one does and there isn’t just one approach to resolving back pain.

Trying to see the wood for the trees (excuse the pun) can be difficult, but the key messages are:

I hope you have found this brief, and personal, insight useful; if you have any questions, or are concerned about back pain then please seek advice from a health professional . If you’d like to read more, there is a great review about Tiger Woods and his injuries, written by Peter O’Sullivan (BJSM 2015), much of which has shaped my thoughts for this blog.